Going beyond Commerce and Trade, India and United Arab Emirates are

India and United Arab Emirates (UAE) have always shared healthy relation with progressive approach to strong commerce and economy. Indians are calculated to be the highest immigrant work-force in UAE with 27 per cent of the total UAE residents. The lesser known fact is that this oil-rich country is not just limited to being recognised as commercial hub, but is also one of the most sought countries for youth in India and across the globe for higher education in management, technology and applied social sciences.

As per a report by ‘The National’, out of total students studying in UAE, 67% are UAE residents and the rest 33% are International students. Out of those 33%, 30% students are from India they are followed by Egyptians at eight per cent, six per cent are Pakistanis, six per cent for Nigerians and Jordanians at five per cent. Two-thirds of those graduating did so in business related fields, with 13 per cent in engineering, seven per cent in media and design, six per cent in information technology and four per cent in architecture and construction.

The country stands tall in minting and spending a good share of global revenue, making livelihood a difficult deal for a commoner. Understanding the same the educational institutions at UAE aid students to help them have global exposure and world class education at recognised and listed universities across the Emirates.

The scholarships and fellowships which are available for Indian students to study in UAE are:

Similarly, the Government of India, under the flagship scheme of General Cultural Scholarship Scheme (GCSS) and Cultural Exchange Programme, covers various programmes and courses to facilitate Emirati students ­looking forward to studying in India. Following institutes have tied with the UAE Ministry for the same:

There are more than 150 universities, colleges and institutes across India which are recognised by the Ministry of Higher Education & Scientific Research, UAE for its residents to study (follow the link http://uaeembassy-newdelhi.com/UAE%20MoHESR%20-%20Univ%20List.pdf)

Studying in UAE gives one a promising and a fulfilling future, but reaching there requires meeting intricate processes of documentation and related application procedures. This is where India’s largest scholarship platform Buddy4Study, reaches the student in need of support as a true buddy. Buddy4Study guides a candidate through each step of application and counsel the candidates to present best of their potential to the admission panel. One may reach the platform through website- www.buddy4study.com.

A world of surprises and opportunities awaits for the students who are willing to pursue education overseas and UAE has everything for them to make their study abroad trip memorable. Incorporating a perfect blend of unique lifestyle, diverse cuisine, authentic Emirati culture and thriving business hub, UAE has been a much-favoured study abroad destination for students across Asia, North America and Europe.

First in the ranking is South Korea, followed by three Asian countries – Japan, Singapore and Hong Kong. On the fifth place is Finland, which was on the first place in the previous ranking.

Education is considered to be one of the biggest treasures in every country. However, its quality and importance is different throughout the world.

We have prepared a list of best education systems according to Pearson, a British multinational publishing and education company. The criteria of the ranking are the education in primary, secondary and high school, as well as the higher education institutions and international schools.

First in the ranking is South Korea, followed by three Asian countries – Japan, Singapore and Hong Kong. On the fifth place is Finland, which was on the first place in the previous ranking.

Where are the European Countries?

A surprise or not, Poland is on 10th place, the reforms in the post-communist country seem to be giving great results. Poland’s education system surpasses countries like Denmark, Germany, Russia, the USA, Australia, Belgium, France, Italy and more.

In the last version of the top 40 ranking the newcomers are the developing big countries – Indonesia, Mexico and Brazil, they are not only advancing in their industry but their educational systems are starting to compete more and more on a global level.

The top destinations for a Masters degree

If we start looking at the top education systems from the Masters degree point of view, there are some big shifts in the ranking. In 2018 the United Kingdom holds the first place, followed by the United States. Both countries often change places, all depending on the innovations at their higher education institutions.

The third place is for Germany and the high quality of its technical universities. The country is one of the top 5 best destinations for international students and it is catching up to rivals on the third and fourth place – France and Australia.

The other countries which make it to the top of the list are: China, Switzerland, Austria, The Netherlands, Singapore, Canada, Sweden, France, Spain and Hong Kong.

Here is a list of top universities which we highly recommend to check, while you do you research for the best place for your Masters:

Each university offers a unique study environment. Hence, make your research carefully, moreover if you live or study close to some of our fair cities in Europe, you can come and meet with university representatives – all gathered at one place in one day.

List of the top 40 educational systems in the world

How much does it cost to study abroad?

Apart from tuition fees, living expenses are the other major cost factor. Renting a room or a flat, buying groceries, going out with friends, and paying for travel or teaching materials, for example, will cost you money.

Studying abroad is always an adventure. However, you shouldn’t take any uncontrollable financial risk while going abroad. Therefore, you have to think carefully about the cost. Several issues need to be considered before making a decision.

Every education system is different. Some countries do not charge anything for studying at a public university than a small administrative fee, while others charge exorbitant fees. Furthermore, there are differences in tuition fees between public and private higher education institutions. Although European integration keeps moving forward, tuition fees still vary significantly from country to country. In the UK, for instance, it seems as if universities are following the path of the US and Australia, where tuition fees have been skyrocketing in recent years. How much you will have to pay also depends a lot on your country of origin. Learn more about tuition fees in Europe.

Apart from tuition fees, living expenses will be another major cost factor. Renting a room or a flat, buying groceries, going out with friends, and paying for travel or teaching materials, for example, will cost you money. Inform yourself about the living expenses in your country of interest. A good indicator of living expenses is the economic prowess of the country in which you would like to study. For example, studying in Switzerland is generally more expensive than studying in Indonesia. Another crucial factor to think of is insurance.

Is it worth the cost?

India has the third-largest higher educational system in the world. In 2016, there were 799 universities and 39,071 colleges spread across the country. These numbers are staggering. The growth of higher education in India over a little more than half a century has been even more staggering.

Between 1950 and 2014, the number of universities in India increased by 34 times. And, between 1950 and 2013, colleges increased by 74 times. This quantitative explosion in higher education institutions has not been matched by the quality of the education they provide. In fact, the gap between quantity and quality is so large that it stands as one of the major obstacles in the way of India being a world leader. To become such a leader, India needs to develop a world class higher  education system.

Two years ago, the Narendra Modi administration attempted to put some focus on quality in higher education with its introduction of draft regulations for a new initiative called the “UGC (Declaration of Government Educational Institutions as World Class Institutions) Guidelines, 2016.” By 2018, when the first six institutions were named under this initiative, they were designated as “Institutions of Eminence” as opposed to “world class institutions”.

Although the label has been changed, the intent remains the same. That is to give considerable discretion to and elevate the status of these institutions. This is not necessarily a bad thing. But, it will do little to address the underlying problems of higher education in India.

This is true because the focus is completely wrong. These universities are the tip of the higher educational iceberg. Enhancing the capacity of a few institutions, thus possibly enabling them to be rated a little higher in the world rankings of higher education institutions, does nothing for the many.

A world class higher education system is one that is student or customer-centred rather than institution-centred. It comprises certified and caring institutions that have the resources required and the core mission of ensuring that students/customers acquire the knowledge/skills/abilities and dispositions that they need to achieve their individual goals and to maximise their contribution to society.

India’s current system has been almost exactly the opposite of that. The emphasis has been primarily on a select group of institutions and individuals rather than embracing and addressing the needs of the whole.

There are many steps that must be taken to change this and to make the Indian higher education system world class. They include:

Colleges and universities throughout India have inadequate physical settings, lack equipment, and suffer from a shortage of competent teachers. Ensuring that each higher educational institution is infrastructurally sound, establishes the proper environment for learning and growth.

The enrollment in higher education is approximately 15 per cent of the eligible population. This percentage needs to be much higher for India to be considered and to become a developed or developing country. It also needs to be representative of the entire population, including females, those from the weaker sectors, and rural areas.

The announced replacement of the University Grants Commission (UGC) with the Higher Education Commission of India (HECI) created considerable debate within and outside of the educational community. The essential question regardless of whether there is an UGC, HECI or some other agency with an acronym. must be: Is the proper data being collected and used to monitor performance and ensure accountability for each institution in the higher education .

Place an emphasis on vocational education

(The writer is an entrepreneur, civic and throught leader ­based in Washiington, DC) 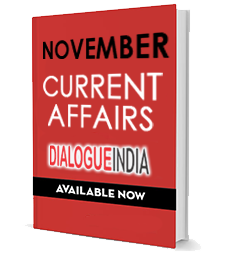 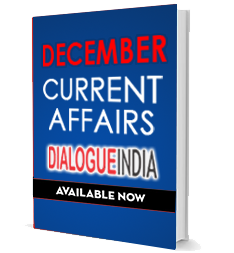